How Sandboxx Maintains a 99.9% Crash-Free Rate with Mobot

Sandboxx creates lifestyle technology for the military and veteran communities, as well as their family and friends. Developed by veterans with decades of service, Sandboxx connects service members to their loved ones, to each other and to expert military knowledge, illuminating the entire military life journey. Using the Sandboxx iOS and Android apps, over 1,000,000 Sandboxx members have sent more than 4 million Letters, which are immediately printed and physically mailed overnight to all recruiting bases.

Since 2018, Mobot is proud to help the mobile engineering team at Sandboxx ship quality, bug-free apps to Google Play and the Apple App Store week after week.

Each week, Mobot executes a regression test suite on real iOS and Android devices that cover every possible method a Sandboxx user can log in and send a Letter. This

grants the engineering team the peace of mind to know their core app functionality continues to reach every user while they continue building a great product.

● Within 3 months of working with Mobot, Sandboxx’s App Store rating increased from 4.2 to 4.8.

● Since July 2018, 100% of the test cycles that Sandboxx have run with Mobot have resulted in at least 1 bug per cycle being discovered and filed into their bug tracking system.

● 62% of bugs were promptly resolved during the same release, with the rest triaged for upcoming releases.

● Mobot has discovered bugs that would have been difficult/impossible to replicate using a traditional test automation framework, such as a memory leak triggered by a third-party software library on older iOS devices and interactions with third-party authentication apps.

● Within 12-24 hours of a test request from Sandboxx, Mobot executes and shares results with their engineering team.

“Can’t say enough about how much better I feel with each release now that Mobot is part of the pipeline. Our stability rating for iOS is now at 99.9%!!!” - 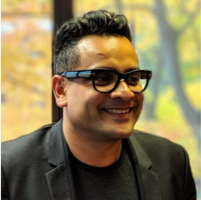